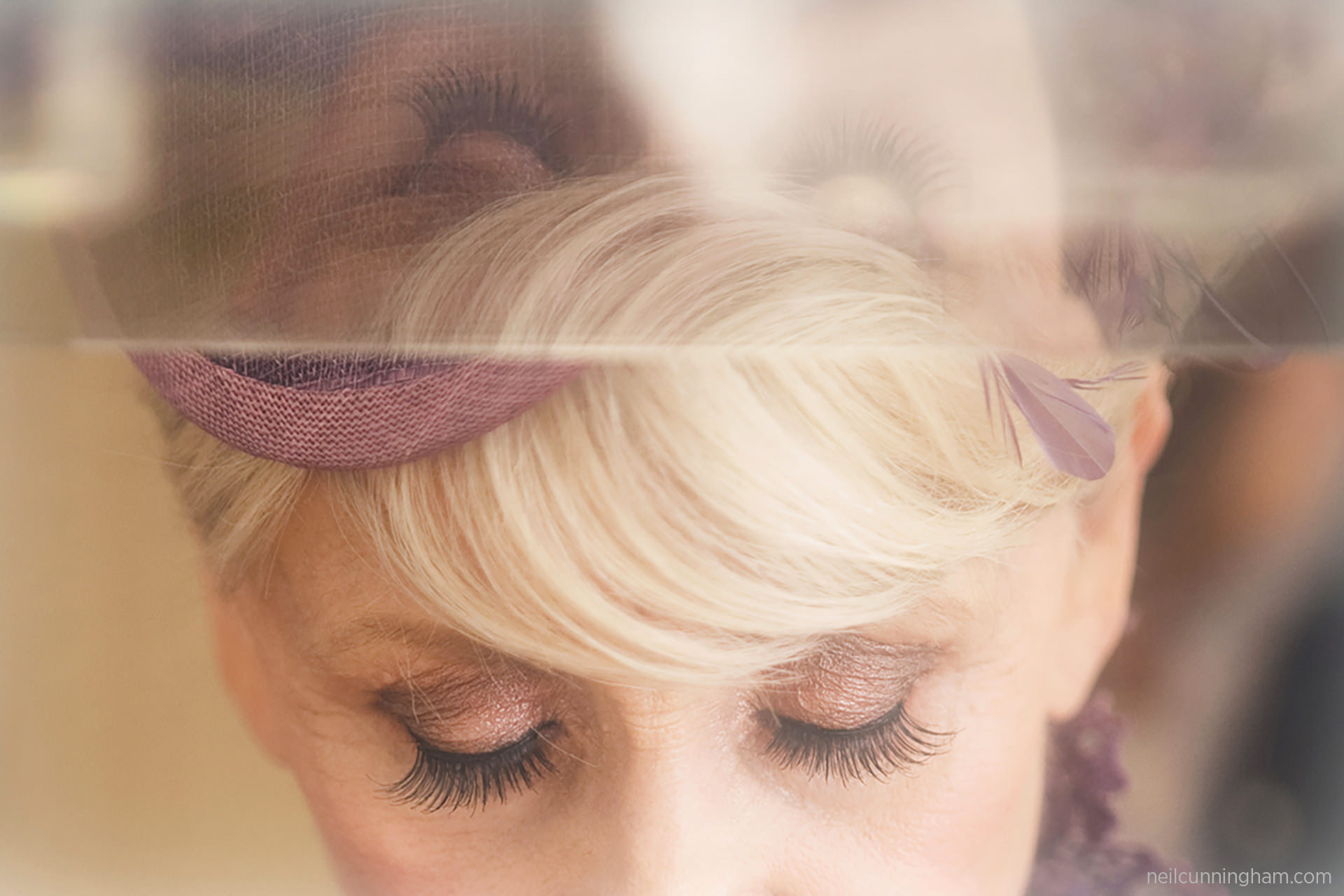 Lilac trees in the heart of town

I was delighted to get a call from Barbara in early 2016 asking me to create something for her spring investiture as we had dressed her for the presentation of her OBE back in 2000. On that occasion she had wanted us to make her look like a proper lady – an outfit of which her dressmaker mother would have approved. This time I wanted to play up her assets and celebrate her legacy a little more.

For me the image of Barbara Ann Deeks, Britain’s most famous cockney sparrow being made good at Buckingham Palace draws comparisons to My Fair Lady that are hard to resist when thinking up a dress design. I’d already seen the perfect hat at milliner Rachel Trevor-Morgan’s a few months back: a black and white striped feathered number that could have walked off Beaton’s Ascot set. Barbara has a terrific hat face and she’s used to big hair so she wears a titfer with great confidence. After trying on a few shapes she agreed we’d found the best shape for her: a satellite dish of a straw that could be worn without interfering with her Danny La Rue coiffure.

Once we’d established the hat, the dress practically drew itself: a heavy ribbon or corded lace, draped tightly to accentuate the Windsor curves – demure Edwardian style with just a hint of a Ripper Street landlady. And as Barbara is famous for her loyal support of all things British: from black cabs to retired servicemen, I thought it appropriate to pass on the usual French and Italian couture laces, and choose a humble English guipure instead. There is one company in Nottingham actually still weaving the stuff today: Watson & Watson, who I now know were responsible for creating the lace that trimmed Princess Diana’s wedding dress back in 1981.

Being a natural peaches and cream blonde, Barbara’s best colours are naturally always going to be peachy pinks and any shade of cream going, but we’d covered the blush angle last time. Even leaving the lace in its natural ecru state would have looked far too bridal. Lilac was the next obvious choice, but I was adamant we avoided any mother-of-the-bride pastels and so I asked the dyers to come up with a fuller warmer shade that looked as if we’d mixed together a box of English rose and violet creams.

The weather for the morning of March 22nd 2016 was bright and sunny and what’s more the flag was flying over Buckingham Palace: the Queen was at home – a sign that perhaps the two Ms Windsors might well be standing face to face in a few hours time (one can never be sure which member of the Royal family will be available on the various honours days). Then the surreal bubble of palace invitations, couture clothes and carriages waiting was abruptly burst as we got news that Brussels airport had been blown to bits: pumpkin time.

Nothing sucks the joy out of a moment quite like a terrorist attack, rendering the task in hand to something fairly pointless, and not least when standing in one’s party clothes at 8 o’clock in the morning. I was surprised to find that Barbara actually hadn’t been in quite the high spirits you might expect anyway since the New Year’s honours list had been announced. News of her imminent Damehood had brought forth some very hurtful comments from the press and had left her having mixed feelings about receiving the award. The usually buoyant Babs had confessed she had even felt housebound for a while, worried that people might think she was getting ‘a bit above herself’.  And so with one ear glued to the news as reports of a second Belgium bomb came through, we helped Barbara into her limo and waved her goodbye.

I read in the papers later that day that heads had turned as Barbara wiggled in – some of the older vets couldn’t believe their luck that they were sharing their big day with a national treasure, and Barbara in typical form was only too happy to spend a little quality time with them – because that’s what she frequently does. You only have to walk down a London street with this instantly recognisable lady to realise how much affection people have for her. She once told me that if ever she feels down in the dumps she only has to walk around the block and she’s instantly cheered up; Taxi drivers will often yank down their windows and call out to her – even the odd builder will occasionally wolf-whistle her too! Barbara is well aware of the effect her Carry On scenes had on several generations of boys (and their dads) as she is constantly reminded by them that hers were the the first bare breasts they saw on the telly.

When I subsequently studied the pictures I had taken of Barbara I couldn’t help seeing a hint of ‘Before the Parade Passes By’  in her get up, and then a pal from NYC confirmed it: “Oh my Gaaad! She looks like an extra from Hello Dolly!” Barbara’s hubby Scott noticed it too. There was I trying to achieve a sublime mixture of Eliza Doolittle and Gigi and everyone else was seeing Dolly Levi. And then I thought, how perfect! A role she never played, yet she is almost the real-life thing: a survivor who never takes her public for granted, and still loves the company of ordinary people – the people’s Dame! Now take a look at Barbara in the plush red and gilt state rooms of Buckingham Palace standing before Her Majesty. Can’t you just imagine her looking back over her shoulder at the old soldiers and whispering: “Wow,wow,wow fellas – look at the old girl now!“.

Barbara’s hair and make-up is by Ian McIntosh www.ianmcintosh.com 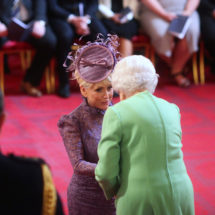 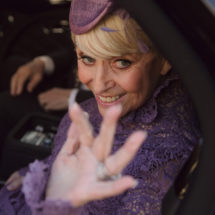 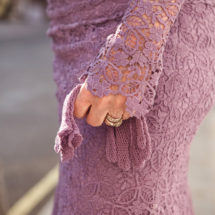 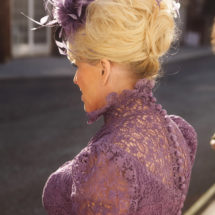 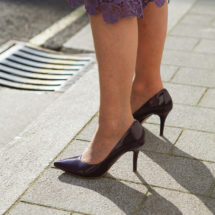 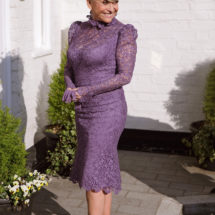 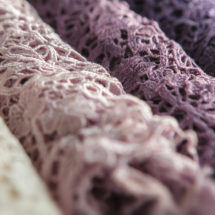 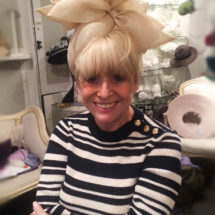 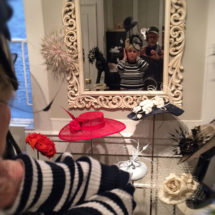 In Search of Fenella Fielding

One of the mysteries...